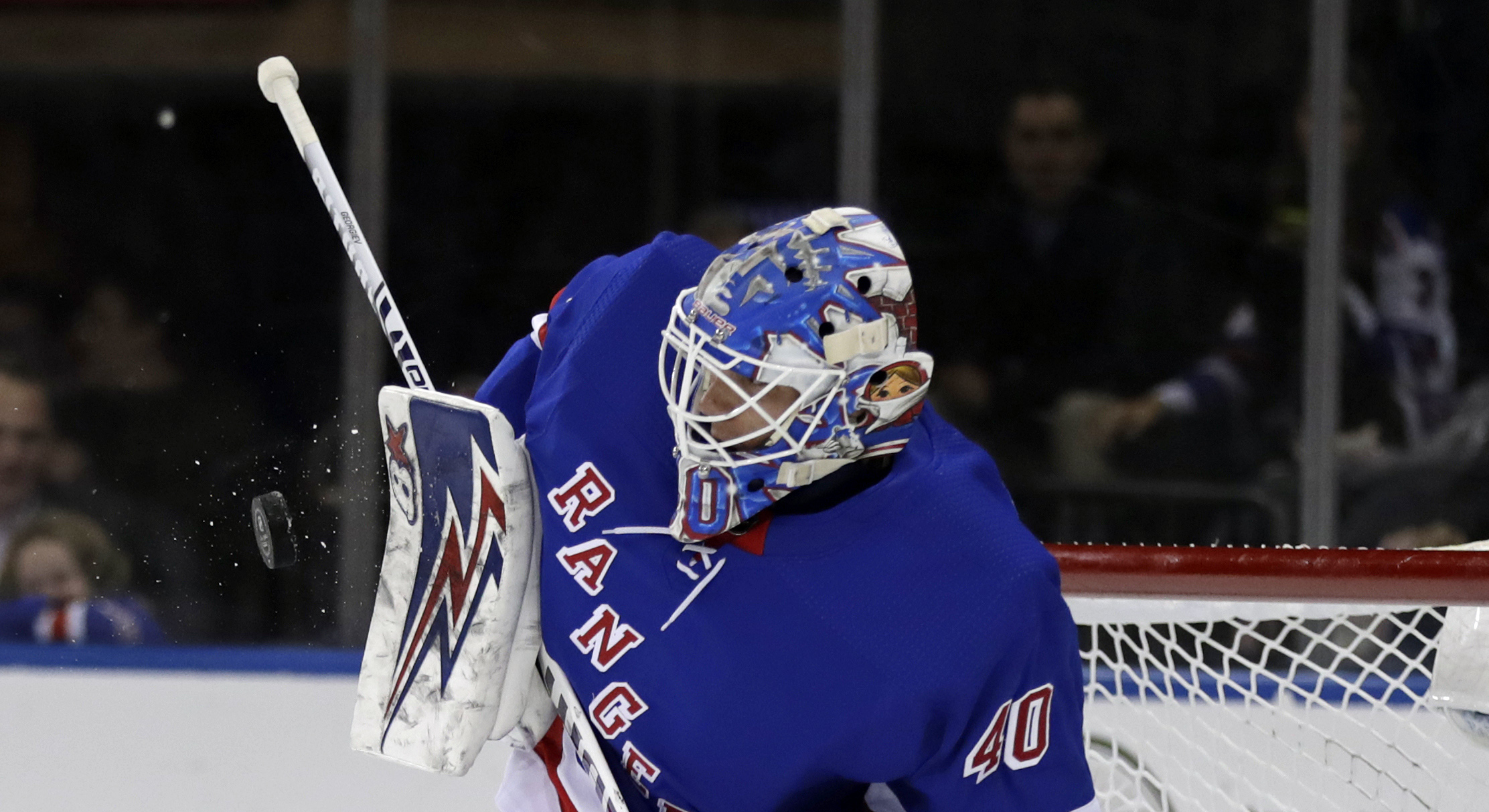 The New York Rangers extended their winning streak to fix game on Saturday night, after beating the Chicago Blackhawks at Madison Square Garden.

With first-string goalie Igor Shesterkin placed on the injury reserve, there were a lot of questions ahead of the home game against the Blackhawks on Saturday. While replacement Alexandar Georgiev did well and saved six times against the Sharks, when he came in after Shesterkin was injured, the real test for the Bulgarian-born goalkeeper was coming against Chicago. And while the Blackhawks found the back of the net twice, Georgiev performed admirably, making 25 saves and assuring Chicago won’t leave with the W.

The way the game at Madison Square Garden started, however, cast some doubt on the outcome. Chicago was the first top open the scoring, Patrick Kane delivering on Brandon Hagel assist and the Blackhawks took the lead with seconds left in the first period.

Fortunately for the Rangers, this was the only time the Blackhawks would hold the lead in this game. Ryan Strome capitalized on a power play five minutes into the second period and the game was tied. Georgiev appeared to have shaken off the starting jitters and stood tall in front of the net, not allowing Chicago to take back the lead. With 17:25 on the clock in the second, Adam Fox scored to give the Rangers the lead.

The final period started uneventfully for either team and it wasn’t until 15 minutes later when Artemi Panarin put the puck behind Kevin Lankinen to give New York some breathing room for the rest of the game. Chicago’s Alex DeBrincat managed to return a goal with less than two minutes left in the game, but it was too late for the Blackhawks to stage a comeback and push the game into OT.

Overall, the Rangers were the more aggressive team, shooting 31 times at the goal, compared to Chicago’s 27 shots, but it was the penalty box that really hurt the visitors. Chicago ended up spending 8 minutes there,compared to just two for the Rangers, and the power play goal by Strome certainly helped New York rally early in the second period.

We will see what lessons the two teams learned from the Saturday game on Tuesday, when the Rangers will take the plane to Chicago to play the Blackhawks at United Center. Until then, the Rangers are sitting pretty at the second spot on the Metropolitan Division with 16-4-3 record, below the Capitals, who have played two more games than NY.